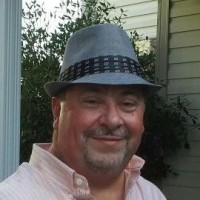 Arthur Murray is a senior editor for HomeownersInsurance.com. He has more than 30 years of experience in the industry and graduated from the University of North Carolina in 1979 with a B.A. in Journalism.

There’s no reason children should hog all the fun on Halloween. Who doesn’t love dressing up as a superhero – or villain – or as a monster or a favorite pop culture figure? It’s especially fun when you throw a party for friends and have everyone dress up for a visit to your home.

But if you’re serving alcohol at your party, you always do so with the specter of a lawsuit hanging over the proceedings. Why? Because of the concept of social host responsibility. That means you could be held responsible for the actions of someone who has had too much to drink at your party. END_OF_DOCUMENT_TOKEN_TO_BE_REPLACED

When a natural disaster causes widespread devastation in a region, don’t expect a quick fix. Many homeowners in the Northeast, for example, continue to deal with claims from Superstorm Sandy, and it happened almost a year ago. Even so, time is of the essence when it comes to filing insurance claims. Delays can make it more difficult for adjusters to evaluate damage, increasing the chance that some claims could be denied.
END_OF_DOCUMENT_TOKEN_TO_BE_REPLACED

At HomeownersInsurance.com, we understand how hard it is to make your home 100% child safe. We also know it’s even harder to make sure the surroundings are safe when you take your little one to visit friends and family. For example, when you take your infant/toddler to Grandma and Grandpa’s house, how can you make sure he or she is in a safe environment when the baby gates and outlet covers from your own childhood have long since been packed away?

Here are a few suggestions from child safety pros that can help keep your baby safe when you’re visiting any home – your parents’ house included – that hasn’t been fully babyproofed to your standards.

Embed This Image On Your Site (copy code below):

A big thanks to our contributors:

Consider this: Only about 1% of Colorado homes have flood insurance. Homeowners didn’t think they needed it, because most residences fall outside a flood plain. Now think about the images you’ve seen the past week of flooding in the state.
END_OF_DOCUMENT_TOKEN_TO_BE_REPLACED

Ever seen those 1950s and early 1960s alien invasion movies? The ones where Martians, giant plants, and big blobs of hungry jelly descend on earth and wreak havoc before being overcome by the air, sea water, or cold.

Most of us don’t fear alien invasions anymore. For one thing, there’s more than enough to fear from ourselves.

But there is the chance – albeit small – of a real threat from outer space that could present a problem for you, your family, and your home. Meteors. END_OF_DOCUMENT_TOKEN_TO_BE_REPLACED

What happens if the teen driver your house knocks down a mailbox? It depends on the teenager (we’ll call this one Austin), the mailbox, the homeowner and his or insurance policy. Here’s the true story of what happened to one parent, his son and a homeowner in the neighborhood. END_OF_DOCUMENT_TOKEN_TO_BE_REPLACED

Moving into a new home can be stressful for anyone, especially for small children. Here’s how you can ease the transition and make your new home a happy one. END_OF_DOCUMENT_TOKEN_TO_BE_REPLACED

If the past 12 months have taught homeowners anything, it should be that disaster can strike at a moment’s notice. Last year’s Superstorm Sandy along the East Coast and this spring’s tornado in Moore, Okla., caused widespread devastation, destroying many homes and leaving others heavily damaged.

In the aftermath, unprepared homeowners found themselves underinsured. In the Northeast, Sandy caused flooding, which isn’t covered in standard home insurance policies, in many areas that aren’t normally considered at risk for such disasters. END_OF_DOCUMENT_TOKEN_TO_BE_REPLACED

Ever wondered which city is the coolest place to live in America? How about the cheapest? Find out how the fastest-growing cities in America stack up against each other when it comes to price, mobility, fun and more. Whether you’re chasing a promising business opportunity, a beach bum paradise or a rowdy music scene, if you’re one of the nearly 5 million Americans relocating this year you’ve got to check out these Top 10 Places to Move.

Embed This Image On Your Site (copy code below):

You’ve got a new grandchild. Right now, at only six weeks old, he’s pretty safe in your home. But it won’t be long until he’s mobile, crawling from danger spot to danger spot. That means you’ve got to start thinking about baby-proofing it.