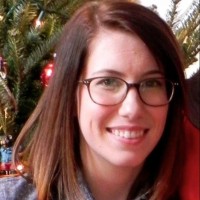 Homeowners in certain areas are just more conscientious about fire-safety than others. We’ve ranked the Midwest region’s biggest metros by their residential fire risk, preparedness and response time to fires. END_OF_DOCUMENT_TOKEN_TO_BE_REPLACED

A year ago, a new weather phenomenon captured the world’s attention. It wasn’t just any tornado that ravaged Los Angeles – it was a sharknado. END_OF_DOCUMENT_TOKEN_TO_BE_REPLACED

April showers undoubtedly bring May flowers. But unfortunately those showers also bring a barrage of severe weather threats to your home. According to the National Weather Service, thunderstorms cause more than $1 billion in property damage each year. From lightning to hail, you want to make sure you are familiar with you homeowners insurance policy and the coverage it provides. END_OF_DOCUMENT_TOKEN_TO_BE_REPLACED

Movie stars won’t be the only things shining Sunday during the 86th Annual Academy Awards show. Over the years, the Oscar red carpet has created quite a cult following of fashion lovers and celebrity gawkers alike. Millions of viewers tune in to see the gowns, the accessories, and, arguably the main event – the jewels.

In the weeks leading up to the Oscars, the world’s finest jewelry can be found in Hollywood, ready to adorn the necks, wrists and ears of the most talked about starlets. The precious gems usually come complete with armored vehicles and their very own security guards. So why go through the trouble of loaning out millions of dollar in bling? The same reason advertisers shell out millions for the Super Bowl – to be the talk of the town.

It was in 1943 when jeweler Harry Winston first had the idea to loan his priceless jewels for stars walking the Oscar red carpet. When Best Actress winner Jennifer Jones (for The Song of Bernadette) appeared wearing Winston’s diamonds, a tradition was born. Since then, actresses have been stunning viewers on the red carpet with unforgettable gems.

It raises a question: What happens if one of these loaned pieces is broken or lost? END_OF_DOCUMENT_TOKEN_TO_BE_REPLACED

It has only been a short time since Snowpocalypse I, the winter storm that left thousands stranded in their cars in the Atlanta area. Now winter storm Pax is burying the East Coast and leaving residents from Atlanta to North Carolina stranded yet again as it headed north with Snowpocalypse – the Sequel.

Residents of the Northest may be more equipped for Pax’s punch, but it’s never a bad idea to go over some basic winter storm car safety tips. Whether you are picking up your child from school or just trying to make it home from work, here’s what to do if you get stranded in your car. END_OF_DOCUMENT_TOKEN_TO_BE_REPLACED

Much of the South woke up blanketed today in snow and ice. Northerners deal with winter weather on a regular basis; but all you have to do is turn on the television coverage from Atlanta and Alabama to see the trouble it causes in places where residents don’t prepare.

When severe winter weather strikes, you should have a plan to deal with it. What if the power goes out or a freezing pipe bursts? Preparing ahead of time can save you from a lot of future headaches. END_OF_DOCUMENT_TOKEN_TO_BE_REPLACED

Pigs roll in it, tires get stuck in it, and moms hate when you track it through the house. It is mud, and it turns out that in addition to all that, it’s not so friendly to your home. According to the U.S. Geological Survey, mudslides (also sometimes referred to as landslides) cause roughly $3.5 billion in damage and kill between 25 and 50 people each year.

December marked the beginning of mudslide season, so it’s the perfect time to brush up on your mudslide knowledge and review your home insurance policy. END_OF_DOCUMENT_TOKEN_TO_BE_REPLACED

The holiday months of November and December account for more than 25% of marriage proposals each year. With 1 in every 4 grooms proposing over the holiday season, that means there are many women with shiny, new sparklers on their left hand. And now that you’ve called and announced the happy news to your family and friends, you’ll want to call and get that diamond insured. END_OF_DOCUMENT_TOKEN_TO_BE_REPLACED

The holiday season can provide some unique situations for your furry family members, which is why it’s a good idea to brush up on some holiday pet safety tips. With all the holiday shopping and cookie baking to do, the last thing you need is to be rushing to the animal hospital and paying a big bill. END_OF_DOCUMENT_TOKEN_TO_BE_REPLACED

It’s the most wonderful time of the year. Christmas trees are up, stockings are hung and the smell of freshly baked cookies is in the air. For many travelers, the holiday season can also be the most dangerous time of the year.

How dangerous? According to the Federal Highway Administration, adverse weather causes more than a million crashes and kills more than 7,000 Americans on average each year. The following driving tips will help you stay safe during your travels this holiday season. END_OF_DOCUMENT_TOKEN_TO_BE_REPLACED